Schumpeter or the entrepreneur, the devils of the economy

by Christoph Niehus in Blog 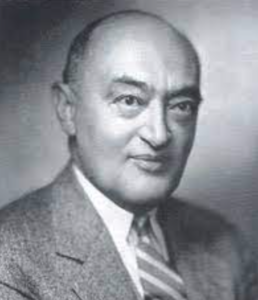 In Goethe’s masterpiece, Faust asks Mephistopheles: “Who are you then?” Mephisto answers: “I am part of that power which eternally wills evil and eternally works good.” And Faust asks: “What is meant by this riddle?” And Mephisto explains: “I am the spirit that negates. And rightly so, for all that comes to be deserves to perish wretchedly; ‘Twere better nothing would begin. Thus everything that your terms, sin, destruction, evil represent – that is my proper element.”

Destruction was also Josef Schumpeter’s element for quite some time. He was a very important economist. He certainly saw the harmony of his thoughts on the Faust, because his idea of entrepreneurship is based on destruction. Schumpeter’s destruction also wants to create good things, for example for consumers. And that is why, like Mephisto, I believe he is convinced that everything that comes into being is worthy of perishing. For the simple reason that this can help society to progress.

Schumpeter recognizes different types of innovations: The production of a new good. For example, from carriage to car right up to self-driving cars. The introduction of a new production method (e.g. from manufacturing to assembly line production). The development of a new sales market … think of Henry Ford: He paid his own employees relatively high salaries for the circumstances at the time so that they could afford the cars they built themselves. The conquest of new sources of supply… . Perhaps you can come up with an example of this. The restructuring of a company, i.e. reorganization by abolishing hierarchies.

According to Schumpeter, by introducing important new products and services and then often creating new forms of organisation, entrepreneurs destroy the existing economic order.  In the search for profit opportunities, the entrepreneur confuses the economic equilibria if he is successful and helps an important idea to break through.

He sees the economy as a dynamic process, equilibria are only temporary phenomena. And entrepreneurs are people who pick up ideas, advance them, and help them to achieve general acceptance. Virtually at any price. Who actually came up with the idea is also generally of secondary importance.

If we look around, we see that important innovations arise irregularly. But when an important innovation comes around, it affects everyone. Industries have to retool and borrow, the orientation of customers may change causing them to suddenly have needs they had no idea they’d ever have. This leads to an incredible economic boom. Everyone has to invest and “go along with it”, so to speak, in order to keep up.

Schumpeter would probably agree with Mephisto to some extent. All that is created is worthy of perishing. However, Schumpeter has at least in the short term a much more positive view of the situation than the devil, who finds every creation pointless because of destruction. However, since Schumpeter emphasizes “creative” destruction, he thinks more in terms of progress, which can ultimately be good for consumers.

But Schumpeter goes very far. He believes that the economic cycle can be explained by the irregularity of important innovations. One would have to take a closer look at it in order to perhaps at some point incorporate this idea into the prevailing opinion.

I find it particularly interesting that Schumpeter is nevertheless a critic of capitalism. This can be read in his book “Capitalism, Socialism and Democracy”. Capitalism is also for him a successful system of economic order, but when reading his book, it also becomes clear that capitalism actually only addresses considerations of utility. It thus only creates beneficiaries, but no friendships.

For Schumpeter, of course, the market leader is also a stressed entrepreneur

He was of the opinion that capitalism would eventually abolish itself. He also justifies this with innovations, namely with the constant pressure afterwards. This leads to more and more prosperity and finally the system is destroyed by its success. If, for example, companies get bigger and bigger, they become more and more sluggish. Schumpeter believes that in such organizations, innovations become a routine that is arranged or controlled from above. Small companies would have no chance and would be choked off.

For Schumpeter, of course, the market leader is also a stressed entrepreneur. He is constantly threatened by the principle that has helped to bring him into his current position: of innovations.

In competition, the required reaction intervals to the other’s steps of change are getting shorter and shorter. And that pushes the whole thing even further, leads to acceleration effects and stress. On the one hand, that’s impressive, but for many people it’s also frightening. The balance of power is changing very quickly. As I said before, equilibria are getting mixed up.

Entrepreneurs are therefore forward-looking people, obviously positive and progressive in their basic attitude, who want to take risks, make sensible and responsible decisions in the face of uncertainty, and control resources so that nothing is wasted. They want to create value for which others are willing to pay. It must also be granted that they are willing to go very far to achieve their goals.

We use cookies on our website to give you the most relevant experience by remembering your preferences and repeat visits. By clicking “Accept”, you consent to the use of ALL the cookies. However you may visit Cookie Settings to provide a controlled consent.
Privacy policyCookie settings
REJECTACCEPT